check out this small Italien interview with Notstandskomitee:

Aalborg: The Working City was an audiovisual site specific concert reflecting on the industrial past and current transition of the Danish city, performed outdoors 2. September 2021. Being a former industrial workers city, Aalborg has to find its way so it still can function and stay attractive.

With transition comes change and not without effects on its citizens and the face of Aalborg. One doesn’t have to look into the writings of Richard Florida to know about the dangers of these processes such as gentrification but he also formulates what makes a city tick.

Malte Steiner works with these urgent topics of urban development in his artistic practice, the latest realisation is the art project The Big Crash he started in 2019. For the event Aalborg: The Working City he creates a show with his electronic music project Notstandskomitee, founded in 1991. The departure point of this piece is the past of Aalborg, illustrated with Industrial sounds and realtime generated visuals with a custom software and historical pictures from a private archive, slowly transforming into modern Click’N’Cuts and IDM sounds. It is performed with a combination of prepared material, live modular synthesizer and metal percussion, not only illustrating the history of the city but also the development of Notstandskomitee itself, which celebrates its 30th anniversary this year.

Organised by Brolandingerne and supported by Aalborg Kommune and Vigenstarteraalborgsammen The all new tracks are going to be included in the next two Notstandskomitee albums for release, the start makes the upcoming CD album scheduled for January 2022.

Notstandskomitee released the split LP Elektrofusion with the German minimal synth project THX 1971 on the label Minimalkombinat. Its also available in the block 4 shop, also some of the limited 12" red vinyl records which also comes with a CDR. 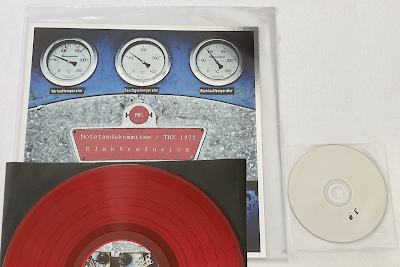 Theme From Space Guards on 12" Vinyl

2005 Malte Steiner released his videogame Space Guards for which he composed 4 tracks with his project Notstandskomitee in a Space Lounge style, mixing old and new electronics. Outside the game they were never available but now they can be enjoyed as digital download or on the limited edition vinyl EP with 2 tracks on each side, 45 rpm, 300 copies in translucent orange.

Tomorrow starts Tina Mariane Krogh Madsens art event
performance protocols Nordic Sessions # 3: soundings Helsinki
with events in and around Akusmata and Third Space, which goes till 27. September. Malte Steiner is part of the exhibition in Third Space and shows a computer generated score 'piece for cello and real estate data' as part of his The Big Crash project.
The full concept and schedule:
http://performance-protocols.net/Helsinki2021/Helsinki.html 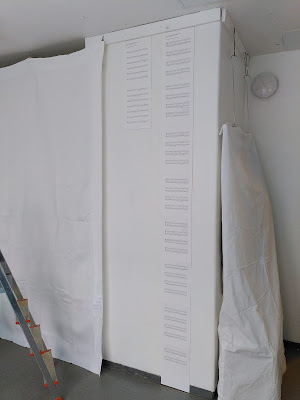 No The Big Crash VR at Rencontres Internationales this year

Unfortunately the showing of The Big Crash VR at the Rencontres Internationales event at Haus Der Kulturen Der Welt in Berlin which opens tonight, wont happen. The organisers dropped the whole VR program and postponed it to 2022, a wise decision which I support. Putting a VR headset on random peoples faces is not a good idea in a pandemic, especially with all the hideous mutations.
Thats why I decided also to not show it in The Big Crash exhibition at XM3 in Aalborg, safety for the audience first!
For home consumption you can still check out the multiuser version on Mozilla Hubs which works in the browser on desktop or all VR headsets.
https://hubs.mozilla.com/ufU2mgo/the-big-crash
- August 25, 2021 No comments: