Tina Mariane Krogh Madsen will be performing together with artist Sall Lam Toro for the first time at Performancefestival organized by PERFORMANCErum and Udstillingsstedet Spanien19C as part of Aarhus Festuge in Aarhus (DK).

The performance DECONSTRUCTING, DISTORTING, QUEERING DREAMS will be on the 31st August from 17-20h CET at selected places in Aarhus and at Spanien 19C, Kalkværksvej 5A, 8000 Aarhus (DK). 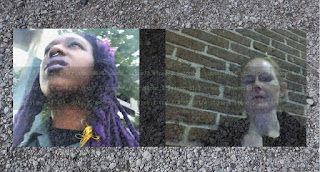 DECONSTRUCTING, DISTORTING, QUEERING DREAMS is an interdisciplinary project that interweaves performance art, interaction, video, sound and movement, with live coding and online streaming. The project is rooted in the breakdown of stereotypical notions of places, their heritage and environment. It wishes to shift the perception of center and periphery through the creation of art with distribution as strategy. The project has an experimental format that links several sites together. Sall Lam Toro performs at three different locations in Aarhus, and Tina Mariane Krogh Madsen is situated in Spanien 19C creating an environment that combines live coding with video, sound interactions with objects and artefacts, as well as direct web communication with Sall Lam Toro. These interactions are streamed live and merged with Madsen's sonic universe. The networked activity should be perceived as a performance space in itself, as an actant, where the performers share materials, thoughts, quotes, and instructions live via the web. The performance has a duration of 3 hours.

The video of our TMS concert performed at Asymposium on (various) matters in Kaunas, Lithuania on 8. August 2019:

TMS is going to play their piece movemental distortion(s) at Asymposium on (various) matters (Asimpoziumas. Apie (įvairius) dalykus) in Kaunas, Lithuania. The concert is going to be on the 8. August starting 19:30 in an underpass: "We're inviting you to ditch the noise of the oldtown streets for the noise in the underground passage at the edge of Kuzmos str., running beneath the Karalius Mindaugas Avenue, and leading straight out to the shore of the river."


From the curatorial text: “On the 8th - 10th of August an (a)symposium on (various) matters, the goal of which is to discuss matters related to decay, monsters, will take place in Gallery 101, various public places, Emma social center and Kaunas artist house.”
- August 07, 2019 No comments:

I worked in the last months on my new art project The Big Crash dealing with the instability and pending burst of the big bubble of the Real Estate market. It encompasses art pieces like VR, paintings and sculptures for exhibition and electronic music made with the data.

The electroacoustic 'Piece For Modular Synthesizer And Real Estate Data' I will perform with my project Elektronengehirn the first time at Experimentik Berlin 18.September 2019. 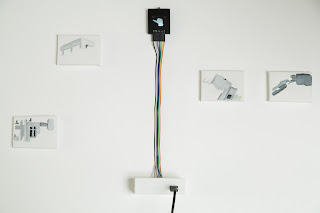 Haecceity as a concept is characterizing an intensity that transforms and activates the different elements in relation to which it is positioned and connected. The piece was created with electronics (effect pedals), synthesizer, piezo-microphones, metal sheet, stones, paper, and cowbell.

The full concert documentation can be found here: