I finished an artpiece in GODOT for an online exhibition and I am really happy with it. The exhibition opened yesterday as a part of the AMRO (Art Meets Radical Openness) festival in Linz and you can check it out here or if you can't be bothered walking through the adventure like interface, its directly here:

being part of my artproject The Big Crash, art for the pending burst of the real estate bubble. Tomorrow morning I give a lightning talk at AMRO about the usage of 3D engines in my art and GODOT is a central part of it.

But some points I found out:

- lightbaking didn't work for me, all kind of weired artifacts occured. A great rewrite of the lightbaking is underway and to be expected for version 4. I baked in Blender so it was no problem for me

- never ever use OGG Vorbis for short sounds which programmatically got exchanged in one player. I attached 2 sounds to one player node via the animation timeline and all kind of nasty pops and static occured at full volume. This is a absolute showstopper, it can damage speakers and hearing. It seems to be known so hopefully a fix is on the way. Workaround is to use WAV files for short sounds. Anyhow, OGG Vorbis sounds for longer looping background noises works perfectly, its only when they get exchanged in one player some buffers seems not cleared correctly.

- HTML5 export on Safari seems to miss the shadowmaps. Other browsers are fine. Also the crosssite tracking issue occurs only in Safari, when a Godot project is referenced in an IFrame on another server. That can't be fixed I guess.

- HTML5 export on IOS has the audio crackling and stuttering, in all browsers. Someone found a solution and posted a different WASM file which fixes it, its again a buffer setting issue, guess it will be fixed soon.

- Couldn't get WEBVR / WEBXR to work, hope it would be soon fully supported, would be great for drive-by VR worlds. Not everyone is capable to install an application on his or her VR device. 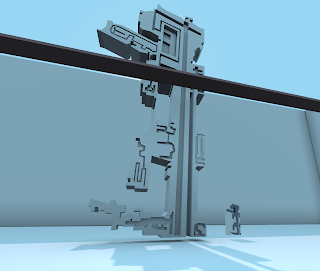 Tomorrow opens AMRO20 (Art Meets Radical Openness) in Linz, this time as online version. All talks are streamed, exhibition is online etc. I contributed The Price Of Berlin to the exhibition and have a lightning talk on Friday 11:00 on Open Source 3D Engines.

another old tape resurfaced on bandcamp, the Contacts #7 splittape by Jeremy Bamber Tapes with Notstandskomitee and PP? from early 90s. My side contains some tracks from other tapes but also live versions of some (I think even from the very first Notstandskomitee live concert) and one I can't even identify:

In June TECTONICS_too album by Jonteknik will be released on CD, you can have a listen already on Bandcamp and check out my remix:

The next outing of my art project

The Big Crash, art for the pending burst of the real estate bubble


will be at the Art Meets Radical Openness 2020 festival in Linz, Austria later this May. I was invited to show The Price Of Berlin at the exhibition but history took another turn, so instead physical on location I prepare something for the online edition. I do miss the traveling but apart from that not much changed for me. 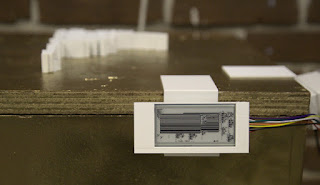 Detail of The Price Of Berlin, as shown at the exhibition at Spanien19C Aarhus this year, just before the lockdown.
- May 05, 2020 No comments:

The original stream still can be seen at https://www.youtube.com/watch?v=NxhDRdpo5xs