Piksel in Bergen exhibition till 9 December and Mozilla Hubs

The Price Of Berlin can be seen till the 9. December at the Piksel exhibition on location at Studio 207 in Bergen, Norway. The Mozilla Hubs version of The Big Crash VR can be experienced at https://hubs.mozilla.com/ufU2mgo/the-big-crash within a browser on desktop, mobile or VR headset.
See also http://www.thebigcrash.net 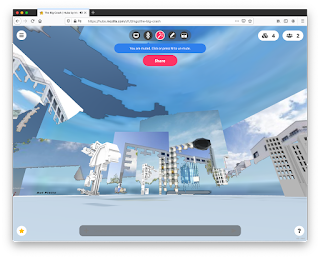 Tina Mariane Krogh Madsen will present the paper A Liminal Body of Performative Becoming at the conference Taboo - Transgression – Transcendence in Art & Science, which this year due to the pandemic will be fully online. Madsens’s presentation is scheduled for November 27th at 19:35 CET – and after that a round-table Q&A will take place. The conference is hosted by Ionian University (GR) and the University of Applied Arts Vienna (AU).

The abstract for the presentation can be found here:
https://avarts.ionio.gr/ttt/2020/en/presentations/116

Diana Rigg and the Germans

Like many in my generation I grew up with The Avengers with Emma Peel in TV (but it must be already a rerun) and it was important part of my socialisation. The concept of the weaker sex never crossed my mind. To be fair it has to be said that her precessor Honor Blackman laid the foundation for that character but I think these episodes of The Avengers were never broadcasted in Germany. The country was in Peel fever and like always, when Germans get obsessive over something, it gets embarrassing. Someone with to much money hired Diana Rigg after she left The Avengers to make the cheesy Minikillers short movies aimed for the Super-8 home cinema market in 1969. The budget went in her salary (I hope), the rest is incredible cheaply filmed in Spain without dialog. Kind of Secret Agent stuff but more like a hollow German fever dream of Emma Peel, on a low budget.


There is another one called The Diadem (b/w) or a shorter color version called Der Goldene Schlüssel, which is even filmed in Germany and also painful to watch:
- November 21, 2020 No comments:

The Big Crash at Piksel20

Tonight 18:00 Piksel20 festival opens in Bergen, Norway, and online. I contributed with parts from my The Big Crash, art for the pending burst of the real estate bubble project (http://www.thebigcrash.net): the installation The Price Of Berlin at the exhibition on location and The Big Crash VR as multiuser version in Mozilla Hubs at Piksel Cyber Salon. I will be online in Hubs: 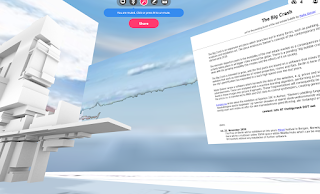 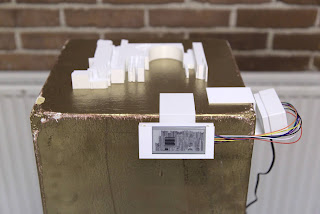 Tomorrow, the 17., Tina Mariane Krogh Madsen is going to do a small presentation of The Voices of Stones - and do some stone narrations at the Viral Life Symposium - online during the day: